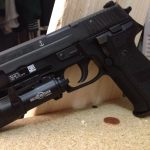 A group of elderly friends were enjoying time together Sunday afternoon at Kaladi Brothers coffee shop on Kobuk Street, when an unidentified 76-year-old man began passing around the new 9mm pistol he’d recently purchased. The weapon made its way around the table from hand to hand in the Kenai Peninsula restaurant, until one of the […] 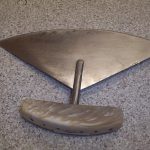 Two 19-year-old’s, who police say where engaged in a firearm transaction with each other on Anchorage’s West side, apparently killed each other this week. Police received reports of shots fired near West 29th Avenue at around 5:10 Sunday evening. When officers arrived on scene, Davon Dodge and Daniel Bender Jr. where found dead, one inside […]